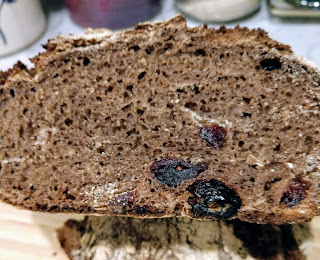 I wouldn't describe the pandemic as having any "upsides," although it undoubtedly  allowed many of us to spend time doing things we'd either never have considered or had thought about as an activity we could pursue "if there was time."  Time suddenly stood still, or at least slowed down, even if were working full time from the dining room table.
And this brings me to my deciding to learn about how to incorporate spent grains into my bread baking. Spent grains are the by-product of beer brewing. I'd heard about using them to bake, but I'm not a beer drinker and never thought about taking the time (time!) to source the grains. Enter the Covid-19 Pandemic of 2020-21 and driving past a charming beer garden about 20 minutes from where we live.
Whether or not you consider a liquor store, brewery or distillery an "essential" business, in New Jersey these types of businesses are open, operating more or less on a take-out basis. The opportunity to try baking with spent grains was only a telephone call away and unlike the early days of the pandemic, where it was hard to source any flour or yeast, I now had plenty of both and of course, had the time. Besides, the idea of re-purposing material and being more environmentally sensitive has also become more front and center while many of us have been in full or semi- lock down.
Spent grains can be composted (watch out for too much nitrogen in your compost), used as a supplement in animal feed or repurposed as an ingredient added to bread dough (sour dough or commercial yeast breads). The grains are stripped of much of their flavor, but remain a source of protein, fiber and anti-oxidants. They add a chewey texture to your bread and there is no alcohol content.
We're lucky to have a brewery nearby that was all to happy to indulge my request to pick up some of their spent grains.
This recipe is modified from Grainbakers.com , who generously shared their Brewer's Spent Grain Beer Bread recipe with me.
If you scroll down you'll see that the fully baked bread will look somewhat like a dark baked sour dough loaf; however, this particular bread is made with commercial yeast and is relatively fast to make from start to finish. It was baked in a covered enameled cast iron baker, at a high temperature, mimicking the  way you'd make a crusty sour dough bread.
Choreography:
Equipment:
Ingredients: 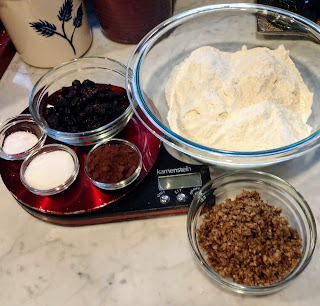 Procedure:
*Spent grains: Source these from a local brewery. If they are very wet,  press out as much liquid as you can prior to weighing. They must be dried or frozen within 24 hours. If you are using frozen spent grains then you must defrost and bring them to room temperature prior to mixing into the bread dough. 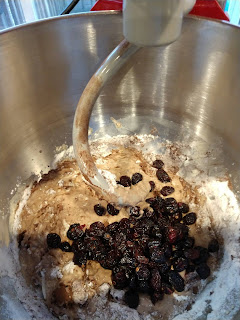 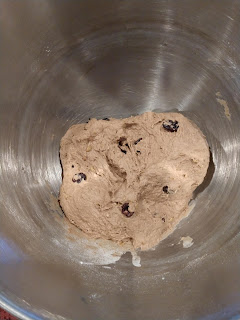 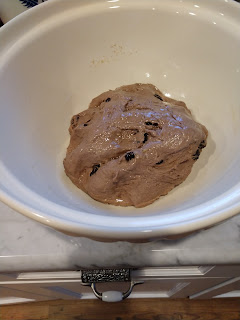 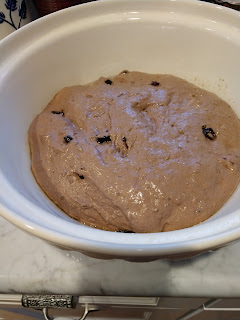 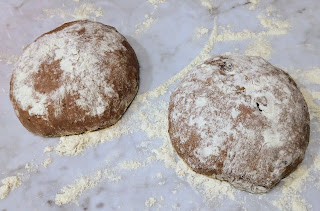 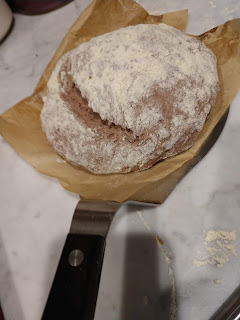 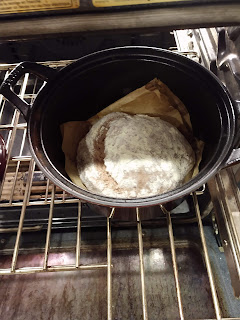 The crust will be crackly, the crumb is on the soft side.
The bread slices beautifully when cool and makes great sandwiches.