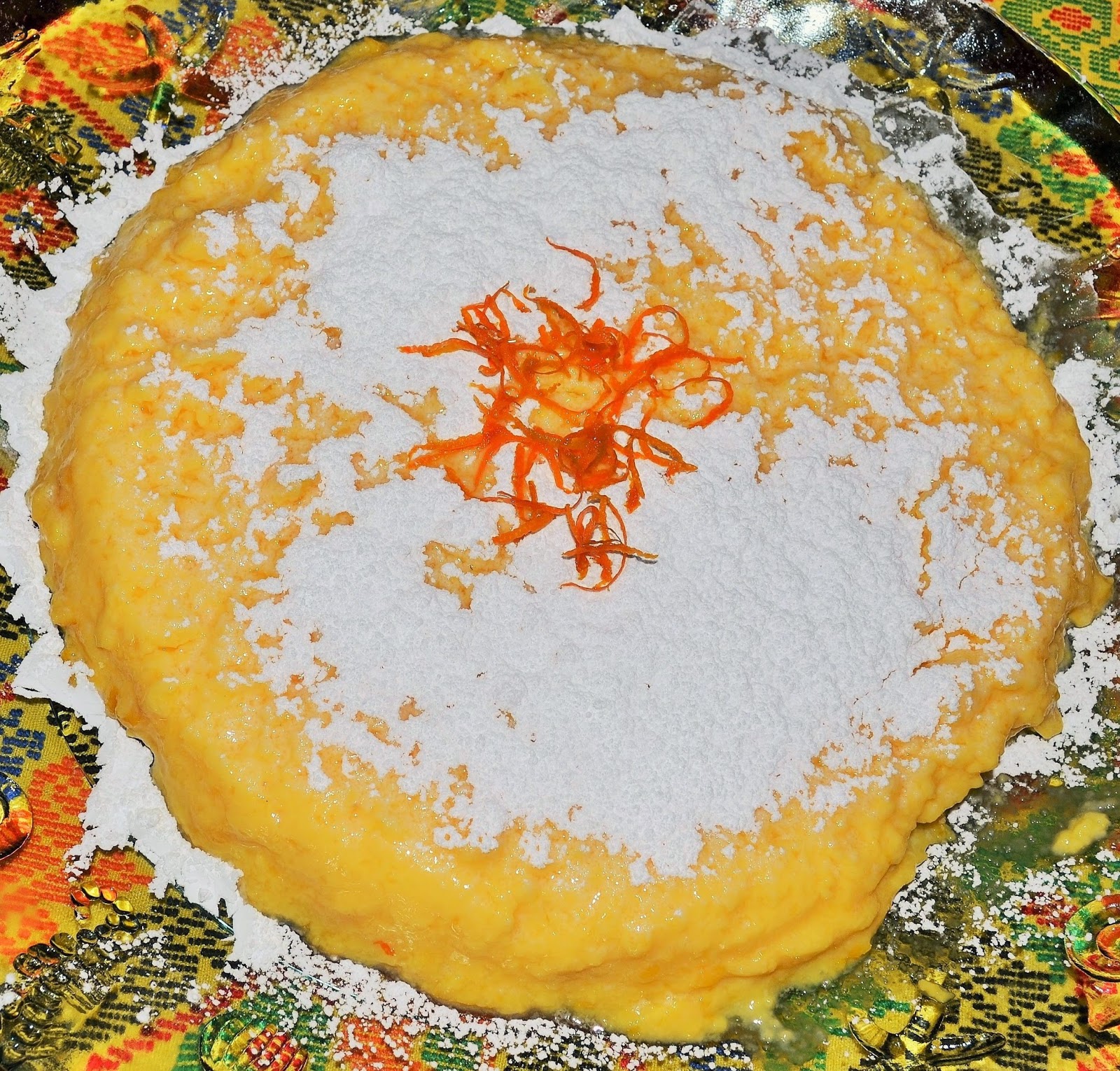 Flan de Naranja or Orange Flan is a non dairy version of Spanish flan, a sweetened baked custard developed in the Iberian Peninsula during medieval times. This version is credited to the Jewish community of the times- orange juice was used to replace the milk, creating a non-dairy custard that could be eaten at meat meals. Flan de Naranja remains a well loved Passover dessert.

After searching out information on Sephardic adaptations of flan I found several recipes. This one is is Claudia Roden's  from The Food of Spain (2011).

Procedure:
1. Combine the juice and sugar. Heat until the sugar is dissolved and cool the mixture.
2. Preheat the oven to 300 degrees. Bring several cups of water to a boil.
3. Beat the eggs and yolks with a fork in a large mixing bowl.
4. Gradually add the juice, continuing to beat the mixture. Make sure eggs are well blended into the juice.
5. Strain the mixture into another bowl (I use a 1 quart measuring cup). Pour into either eight small ramekin dishes, a flan mold or a deep glass pie pan.
6. Place the flan filled cups or mold into a large pan (a roasting pan works well).
7. Pull the top oven rack 1/3 out of the oven Place the roasting pan on the shelf and fill the surrounding pan with boiling water until it reaches about 1/2 way up the flan-filled containers.
8. Bake until solidified: for ramekins approximately 30-40 minutes, for the large molds, 75-90 minutes. The top will be set and the sides will pull away a bit from the sides of the mold.
9. Cool and then cover with plastic wrap. Chill 8 hours or overnight before serving.

To serve: invert the mold or serve in the container. Sprinkle with confectioner's sugar and garnish with thin slices of zest.
The flan may be made up to 2 days prior to serving.
Note: the flan will form a custard that is not quite as firm as "leche" flan (milk flan). 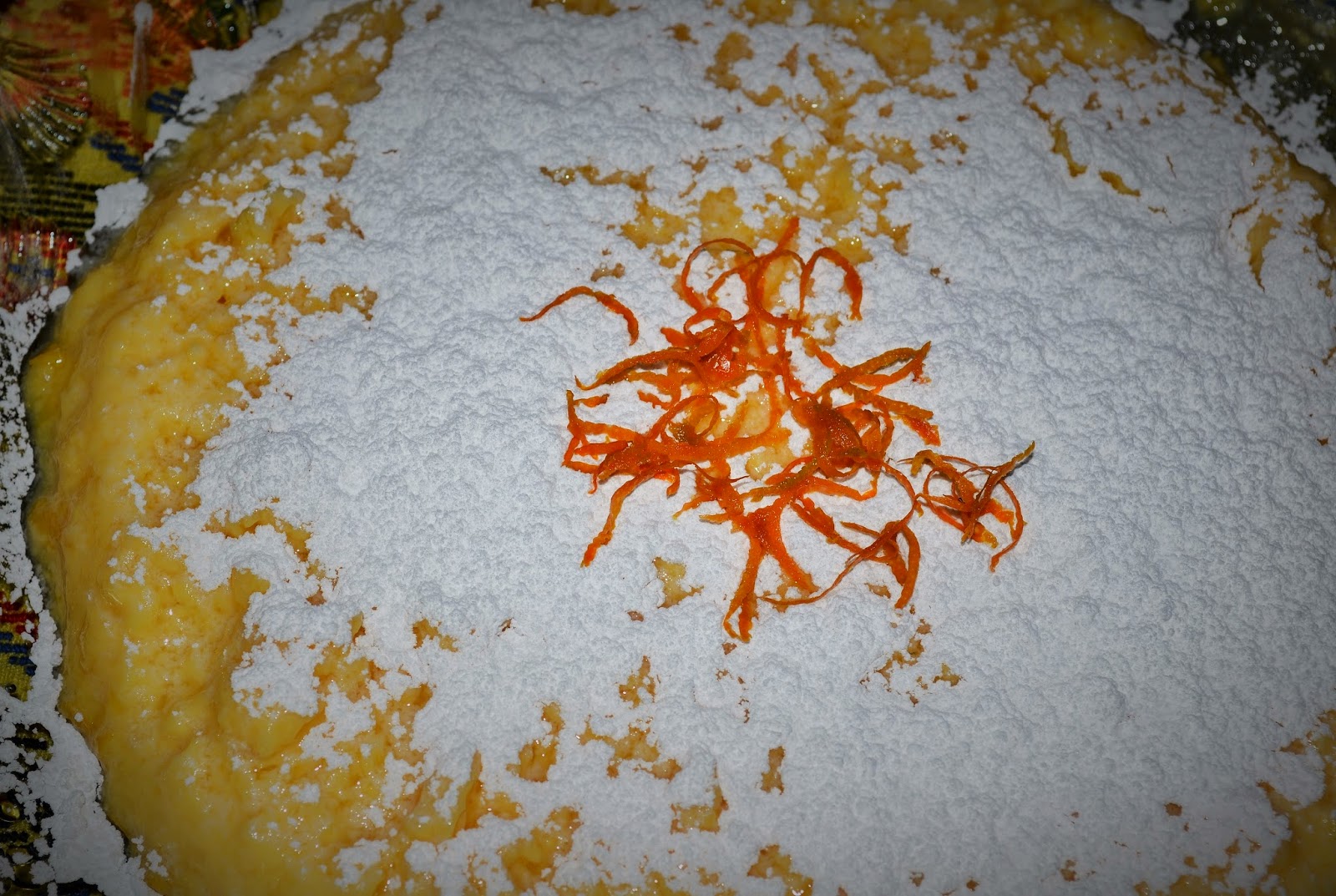