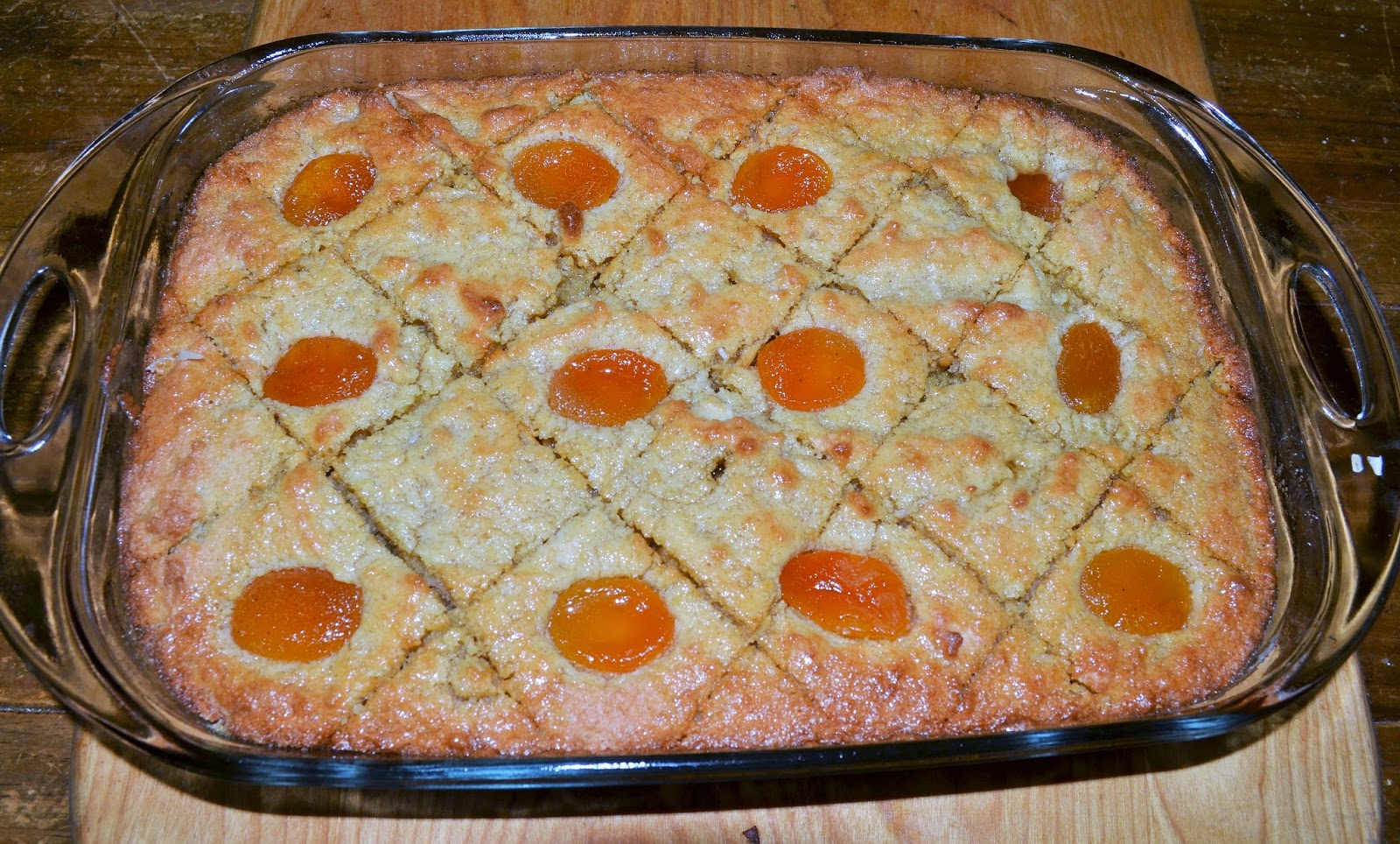 Honey Cake, as baked in the Ashkenazi tradition, is either a delicacy a person delights in or is the equivalent of the Christmas Fruit Cake that can't be re-gifted quickly enough. People love it or hate it. Bakers are always sharing secrets on how to keep the cake from tasting dry and crumbly. Recently a friend who lives in Connecticut sent the recipe for her mother's honey cake made with whiskey; I haven't given up on finding an Eastern European honey cake we'll like, so I'm planning to bake it for Sukkot.

This year however, for Rosh Hashana, I decided to bake a Sephardic honey cake. The cake's ancestry and community associations are incredibly complex and finding one recipe that sounded like the perfect version was tough. There are versions of semolina cakes, soaked in citrus-honey-syrup mixtures from every country touching the Mediterranean basin and throughout the Middle East, each having a slightly different twist in the recipe that makes it a product of the location.

The recipes have ancient roots, semolina meal having been used in biblical times. Versions of this cake is eaten as a well-loved ordinary street food or as the ending to a holiday meal.  Many contain milk products (yogurt, sour-milk, whole milk), some have nuts or nut-flours added (pistachio, almonds, walnuts), more modern versions may also contain flaked coconut.  Mastic, a sticky resin, with a flavor reminiscent of licorice is sometimes used, as is vanilla, cinnamon or cardamon. A history of the cake and the associated variations could go on forever, but that is not the point of this posting. The version posted here is non-dairy (pareve).

Members of Sephardi and Mizrachi (Middle Eastern) communities typically eat this cake for Rosh Hashanah, the Jewish New Year. There are flour-free variations that can be baked for Passover. Honey, the ubiquitous symbol of a Sweet New Year is an ingredient in the syrup. Stella Cohen, a descendant of the Rhodes Community and cookbook author recommends serving the cake with berries and whipped cream. Other suggestions include dusting with confectioner's sugar or, as Janna Gur, an Israeli cookbook author suggests, shaved coconut. This recipe is a modification and combination of cakes by Stella Cohen and Janna Gur.

The cake is sweet and sticky and is typically served in small pieces like many Middle Eastern sweets. Some bakers will strategically place almonds, almond pieces, dates or figs pressed into the batter after it is spread in the pan. The fruit or nut pieces will serve as markers for cutting the cake squares or diamond shaped pieces after the cake has been baked and cooled. I've used dried apricots for this purpose. I also opted to use Hodgson Mills  "pasta flour," a mixture of semolina and regular wheat rather than the traditional method of measuring flour and semolina separately. The end product has a slightly smoother crumb when prepared this way. There are several flour companies that make this product, it is easily available on-line and some supermarkets with large baking sections stock the combination flour.

Like soup, this cake improves after the flavors have melded; therefore, it's best to bake the cake a day or two before serving.

Choreography:
The cake, although not difficult to prepare, requires a cooled syrup. Therefore, make the syrup first, prepare the batter (mixed by hand), bake, score while warm, douse with syrup and allow to cool completely before serving. Waiting at least 24 hours will improve flavor and texture.  Serve in small pieces.

A useful hint when making the syrup: include a piece of lemon or lime rind while the syrup is simmering. Once the mixture is clear and the rind appears translucent, the syrup is finished.

Equipment:
The cake itself is mixed by hand in a large bowl, but after reading through many semolina cake recipes and trying a few, I settled on the technique of separating the eggs and beating the egg whites to lighten the texture of the cake. I mix the whites in a stand mixer.

Have all the ingredients measured and ready to mix. You'll need bowls, measuring spoons and cups. A sharp knife for scoring and cutting the cake.

I find it easier to weigh dry ingredients and therefore use a kitchen scale. The recipe has both weights and volume measurements.

A rectangle baking pan, approximately 10 x 15 x 2. I like the way a glass baking pan (e.g. pyrex or anchor hocking) looks for serving.

Procedure:
1. Make the syrup by combining all of the ingredients except the lemon oil, bring to a simmer and cook uncovered for several minutes. The lemon rind will begin to appear translucent. Remove from heat, add the oil or juice and allow to cool.

2. For the cake, measure all of the ingredients. Grease and flour the pan.

Combine the dry ingredients, except for the sugar in a large bowl.
Combine the oil, juice, eggs and oil in a bowl or large mixing cup.
Preheat the oven to 360 degrees. Place the rack in the top third of the oven. 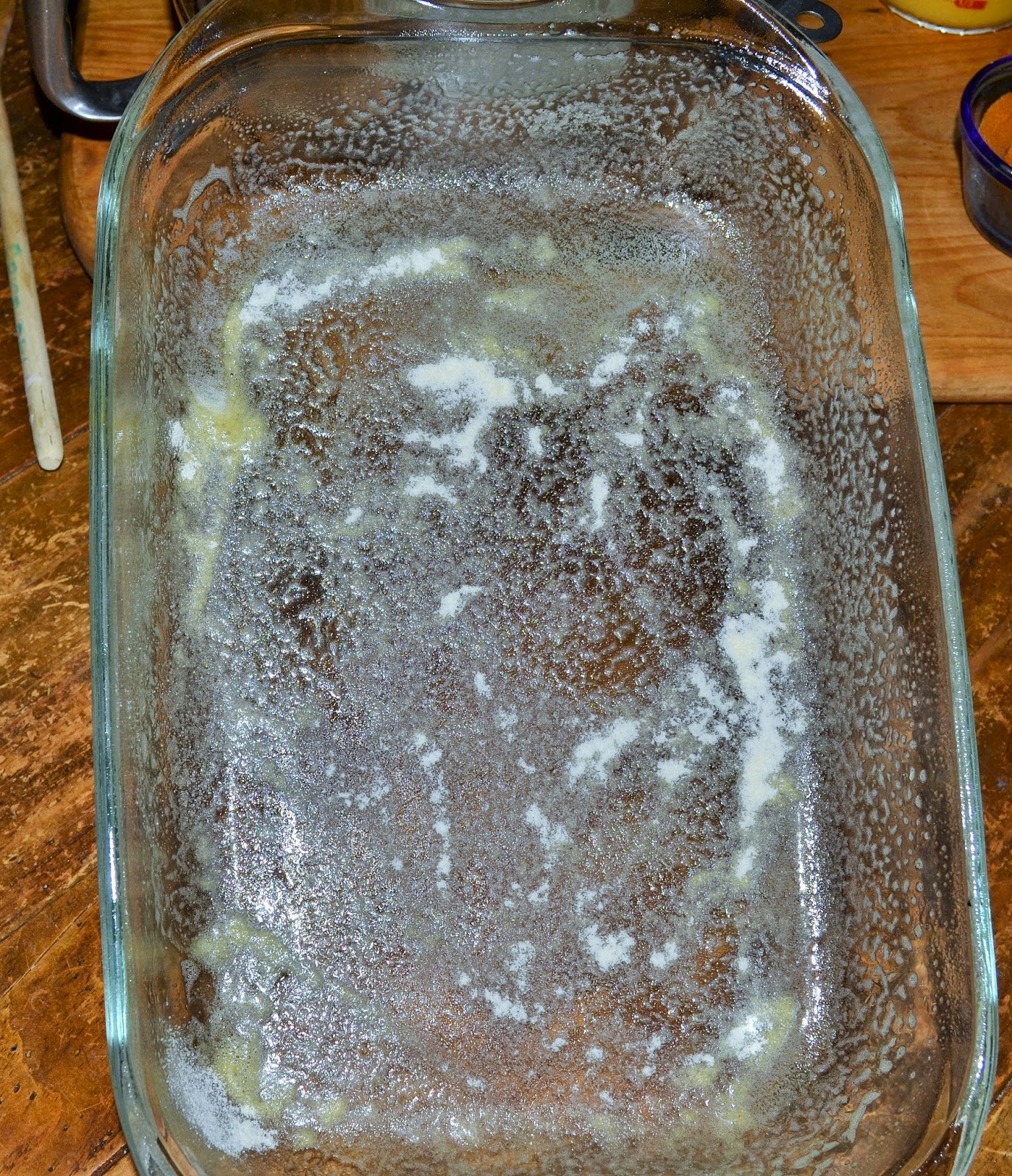 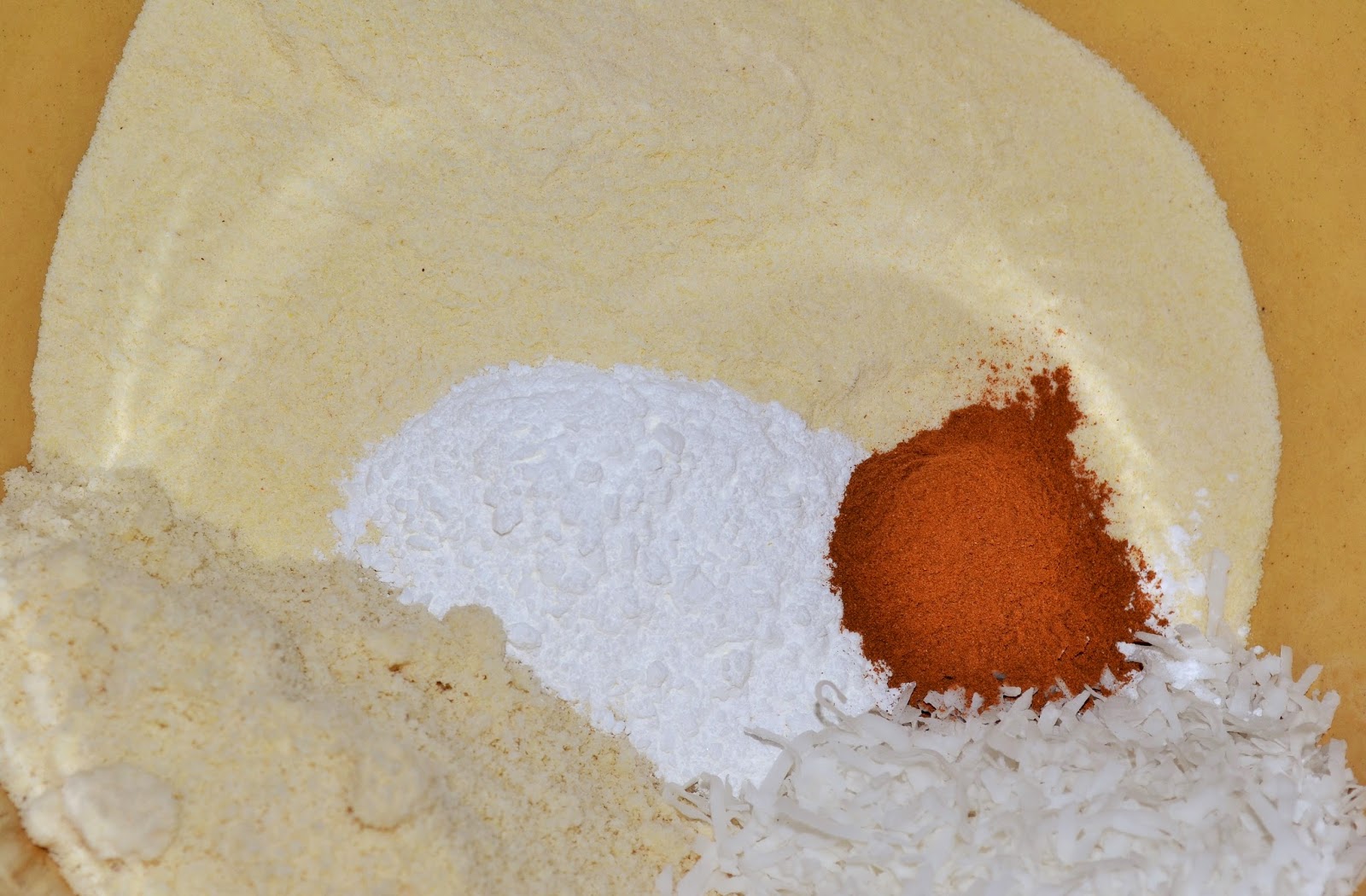 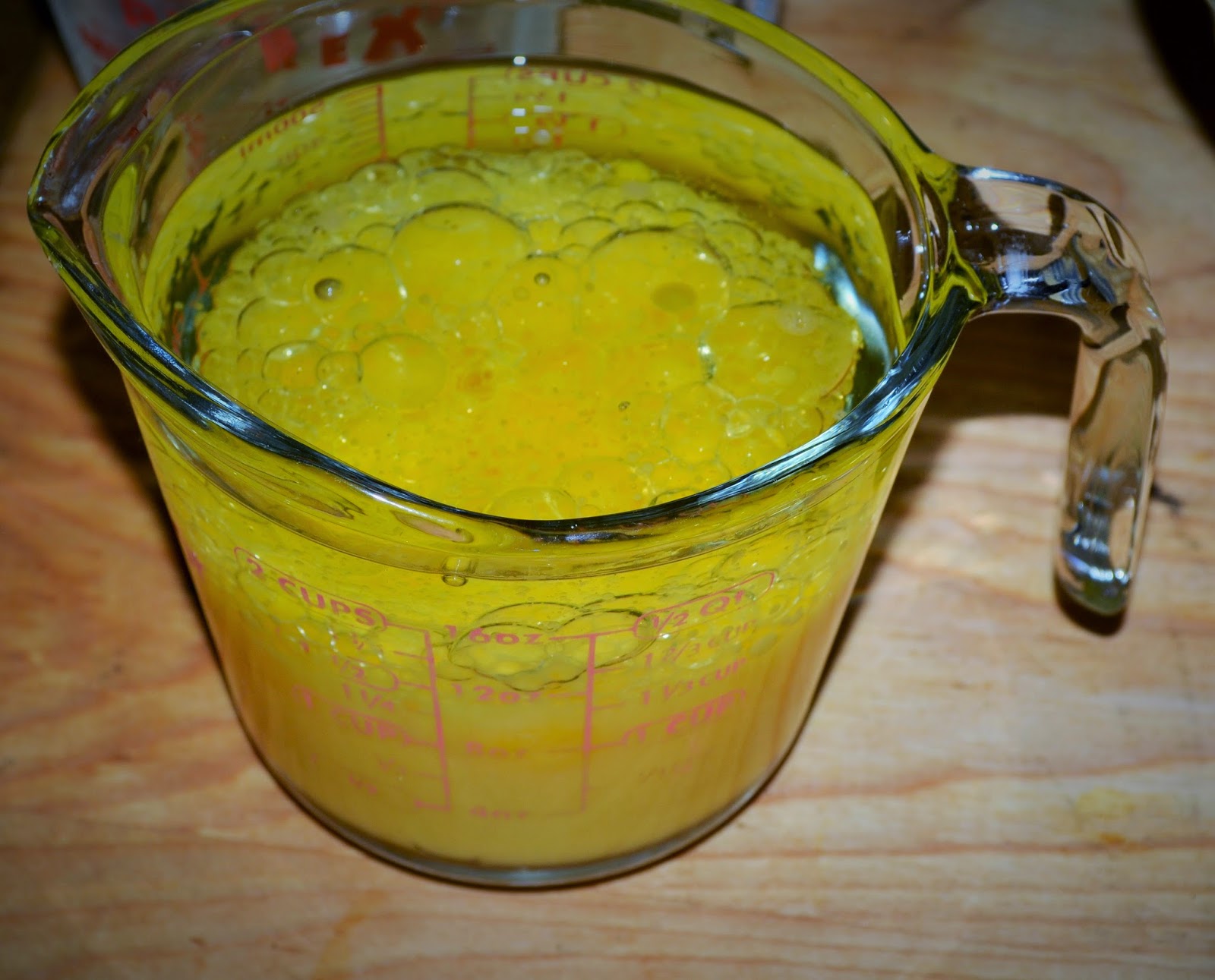 3. Whip the egg whites at a high speed until they begin to hold peaks. While still beating, add the sugar in several additions and the cream of tartar. The whites should be stiff, hold peaks, but not look dry. 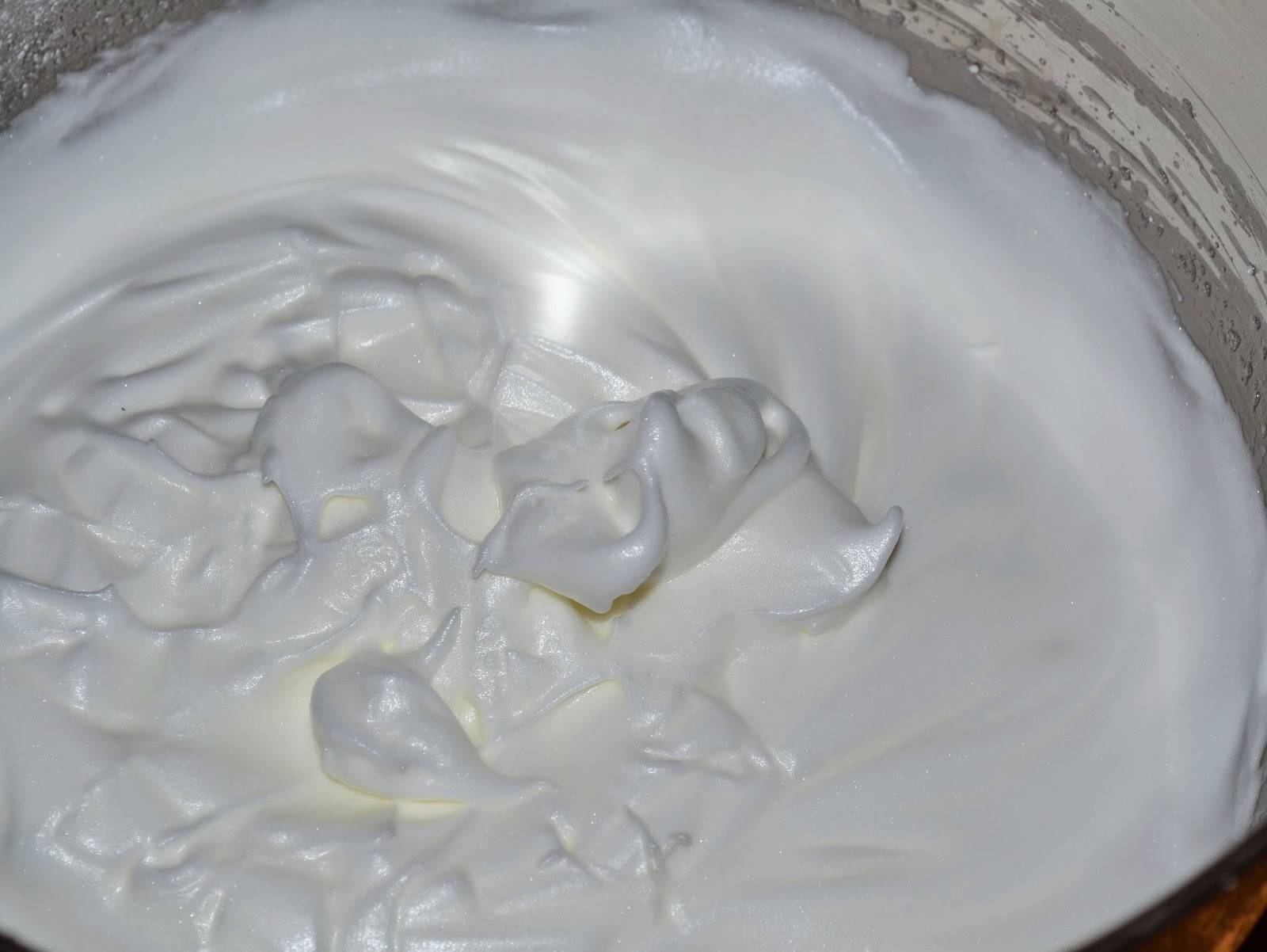 5. Mix the dry ingredients. Pour in the liquid ingredients and keep stirring with a large spoon. The mixture will be thick. 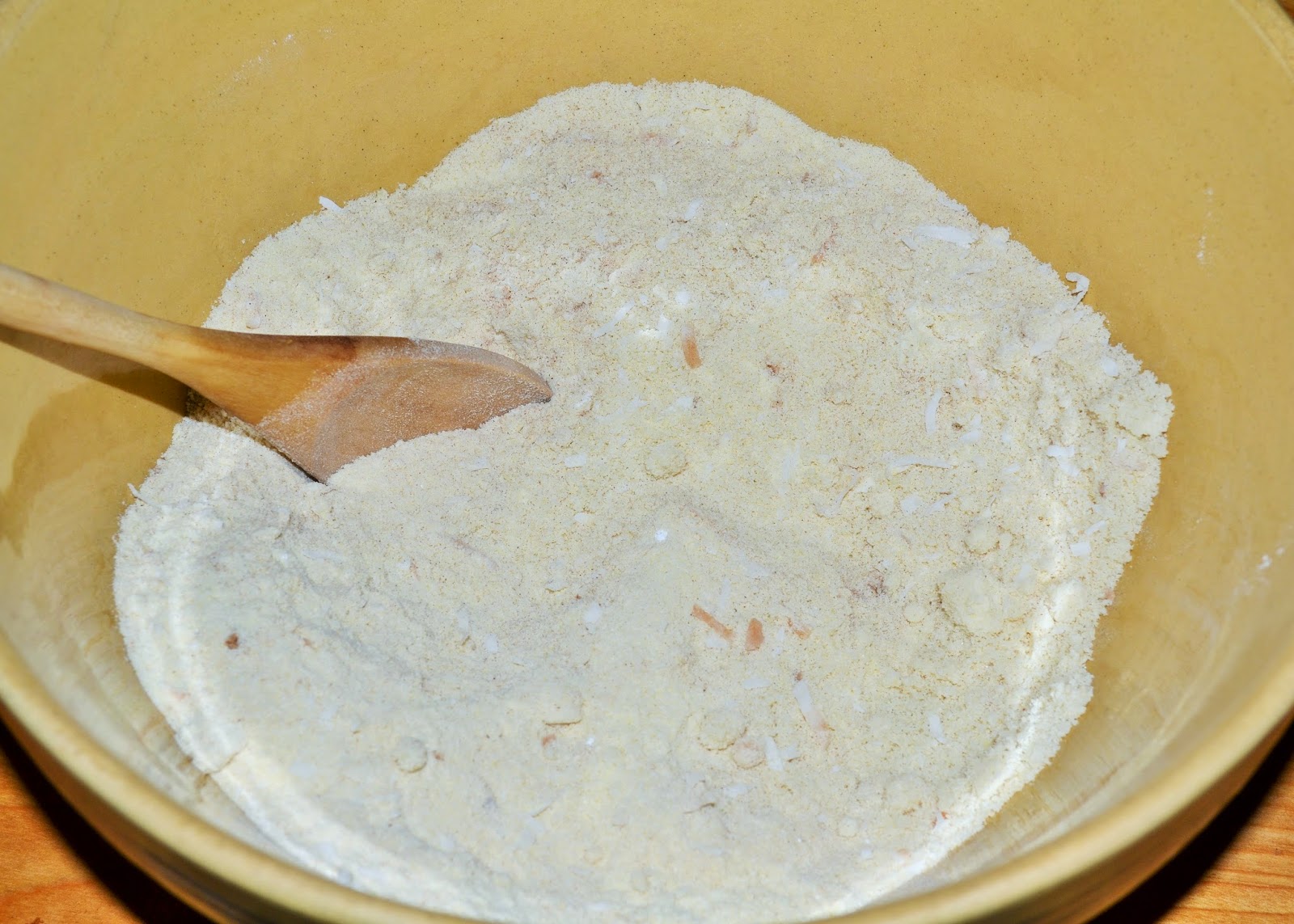 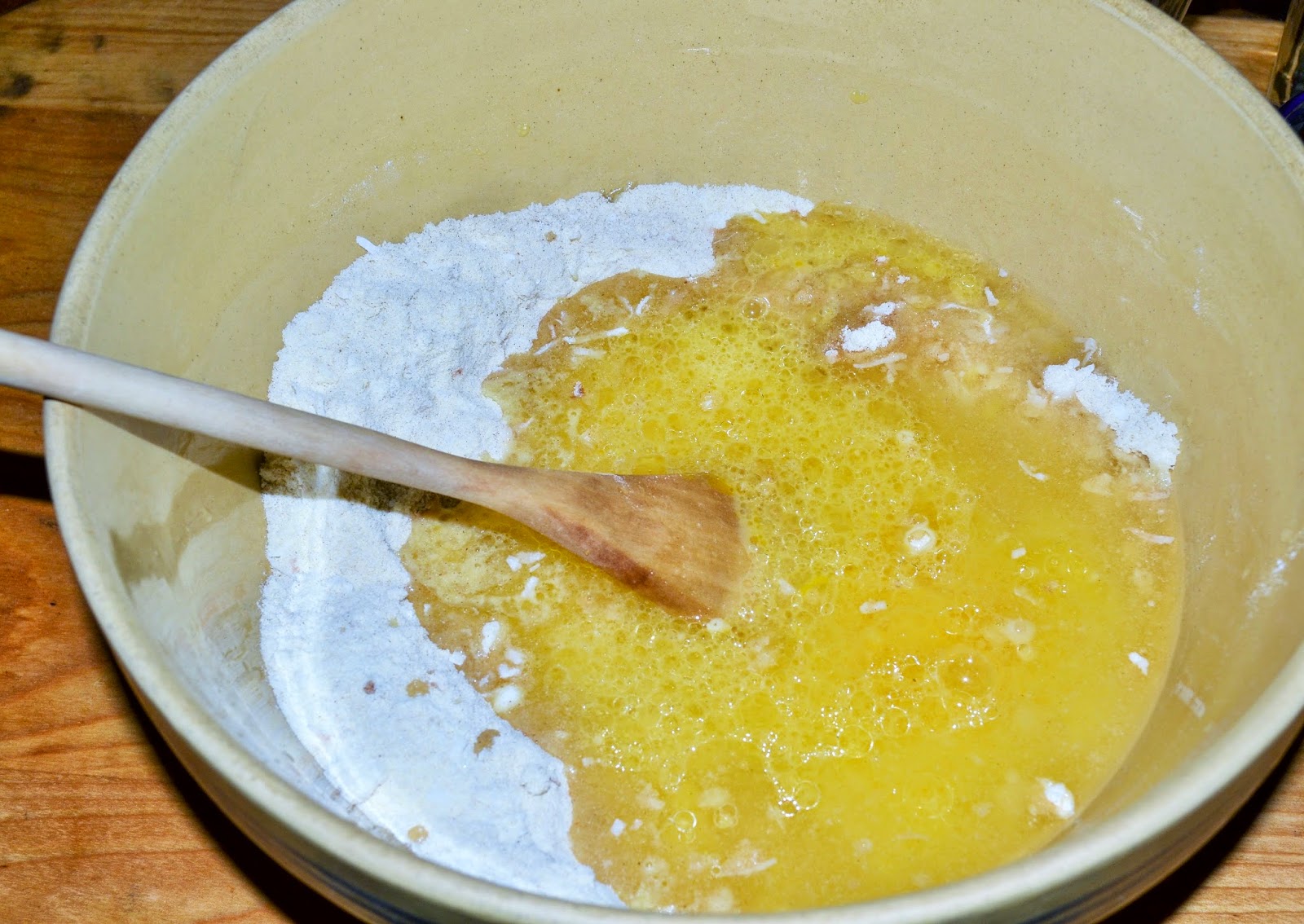 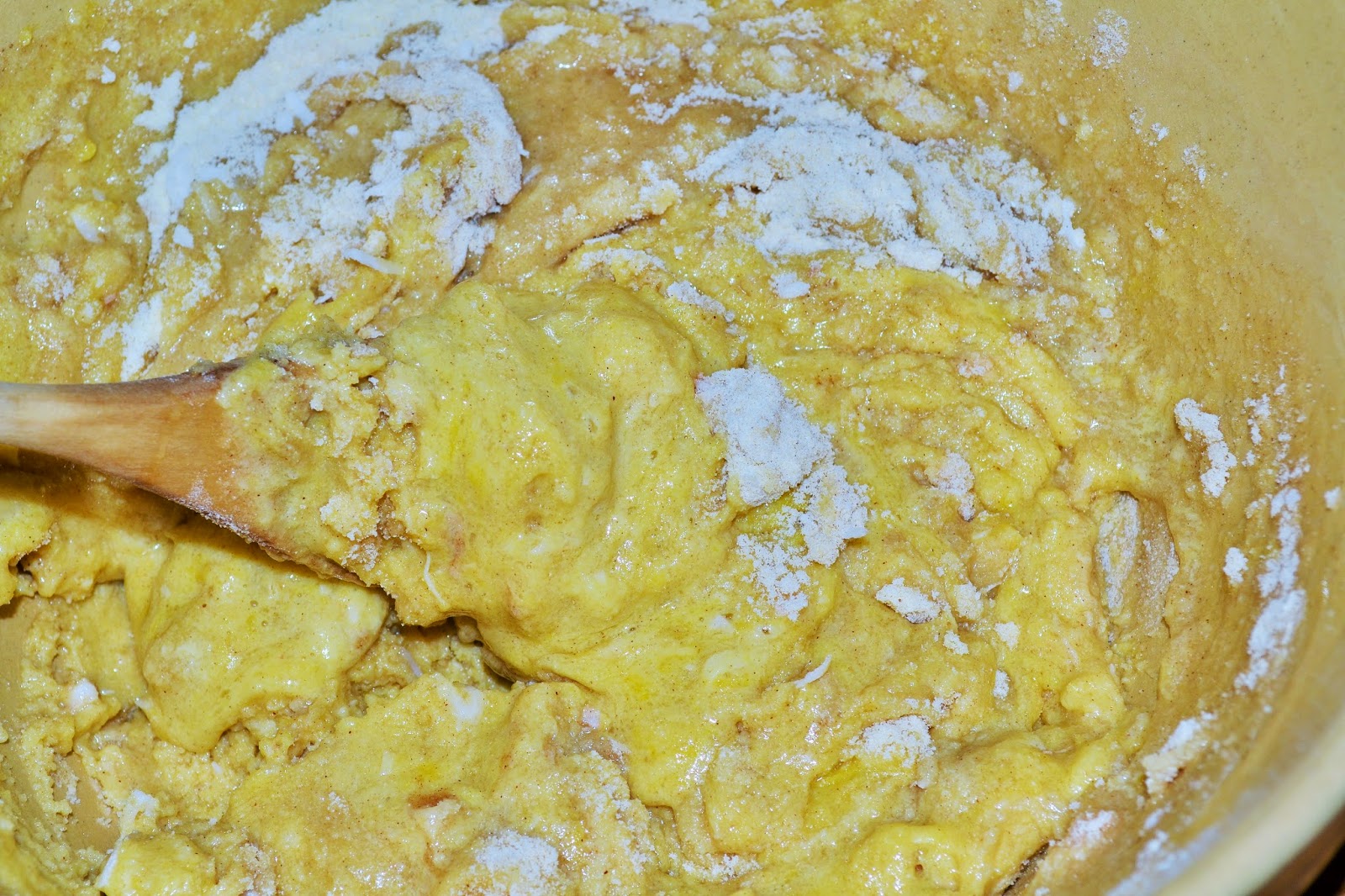 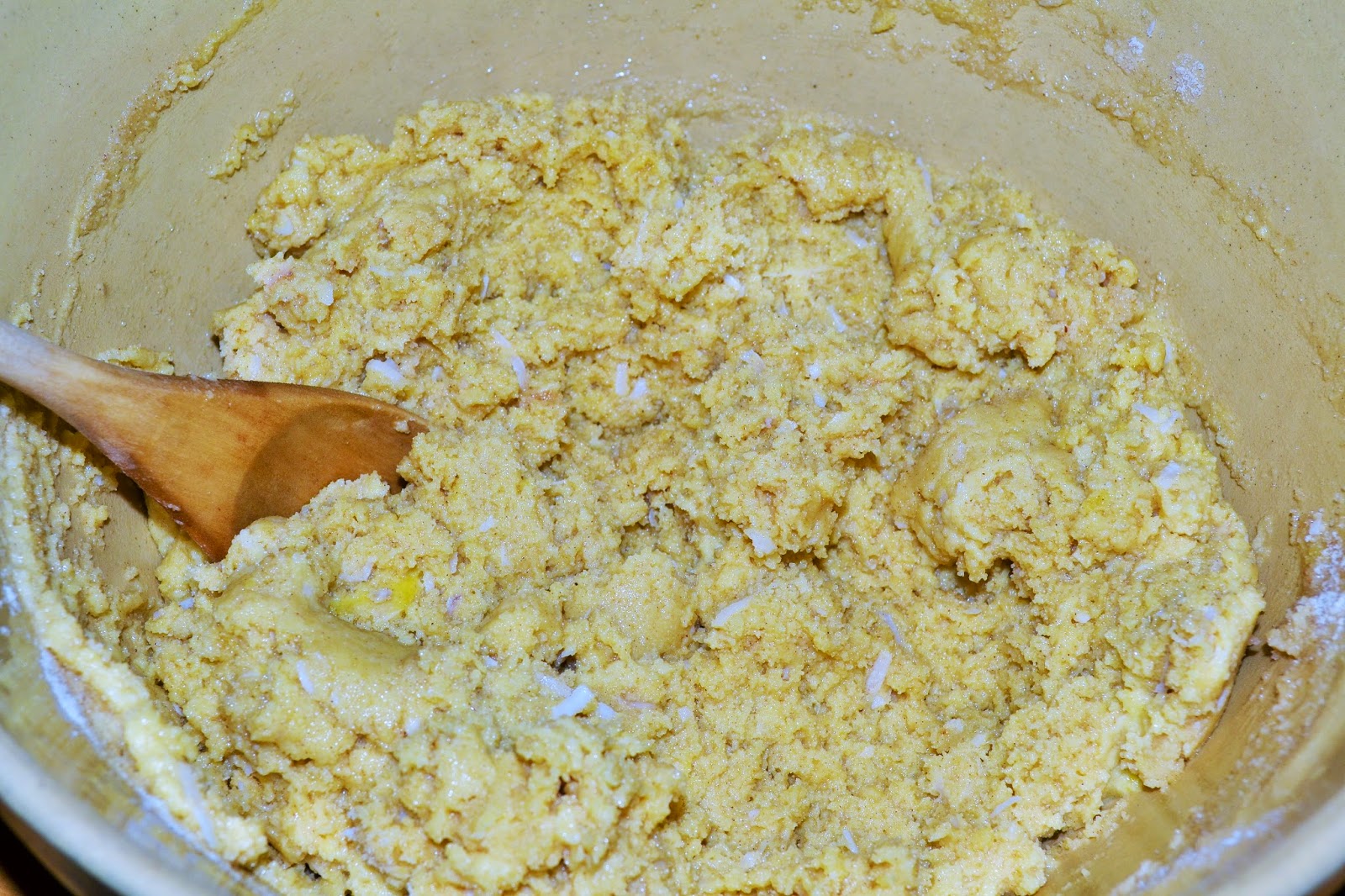 6. Take approximately 1/4 of the batter and gently fold it into the beaten egg whites. 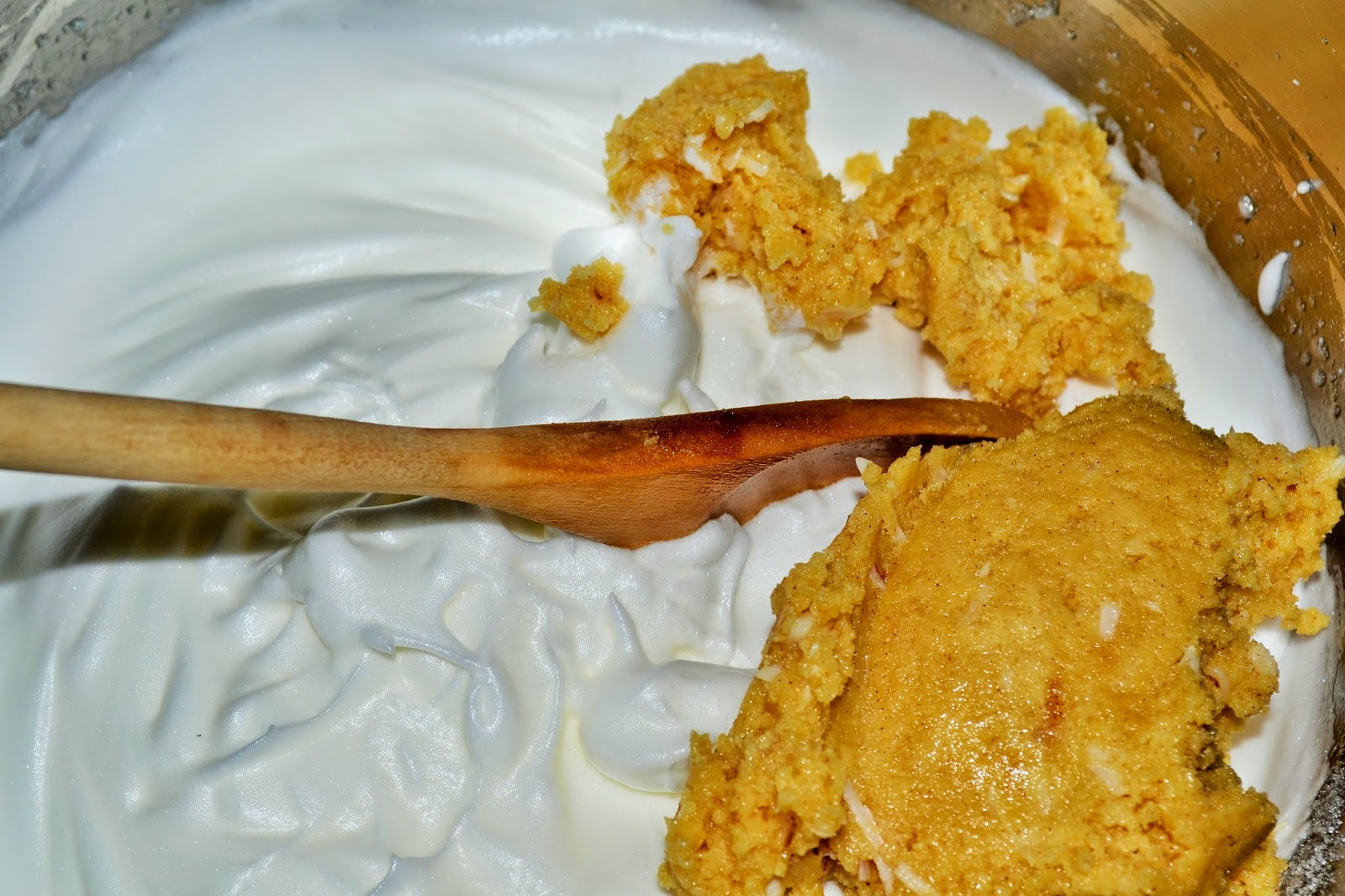 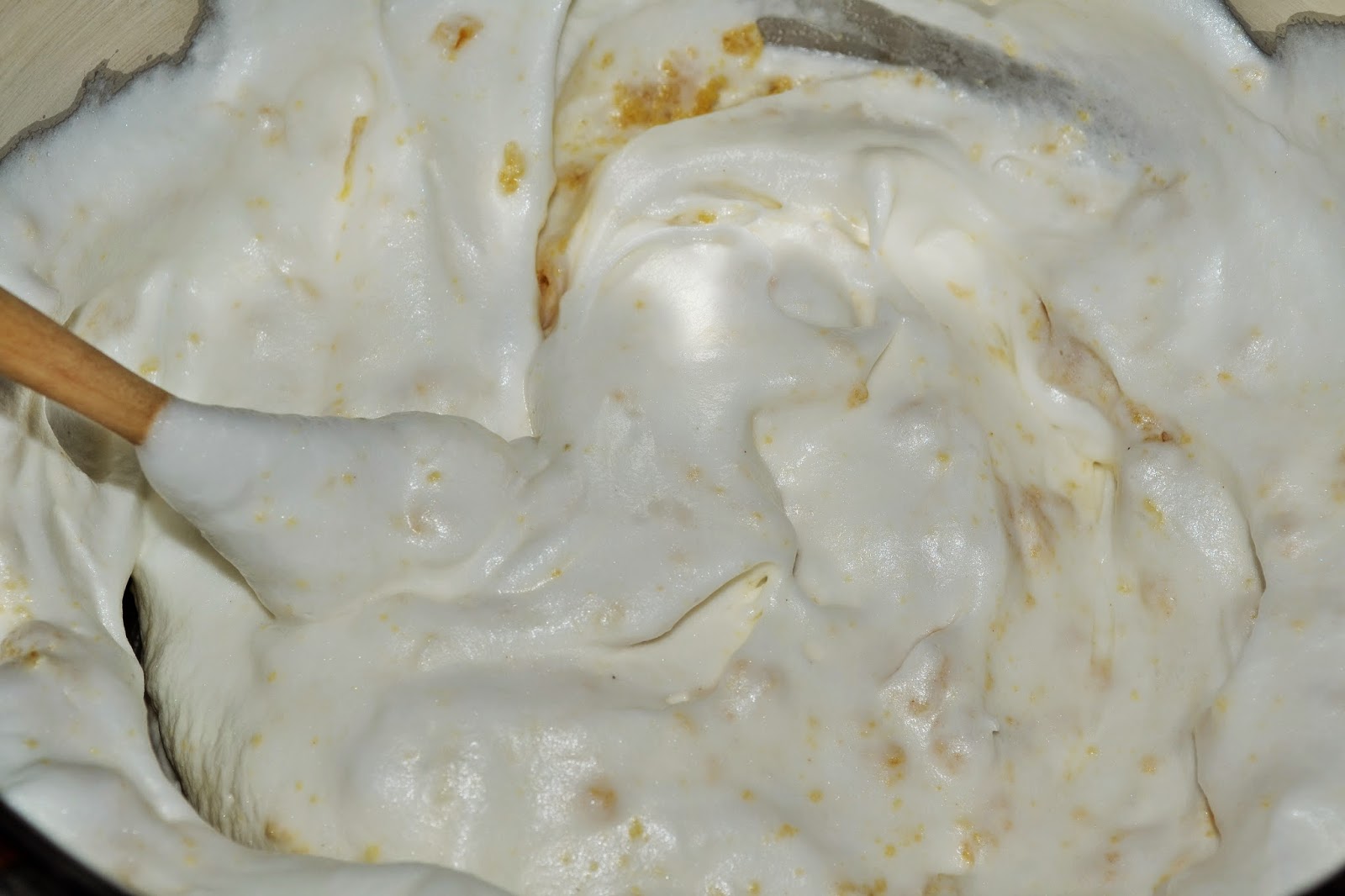 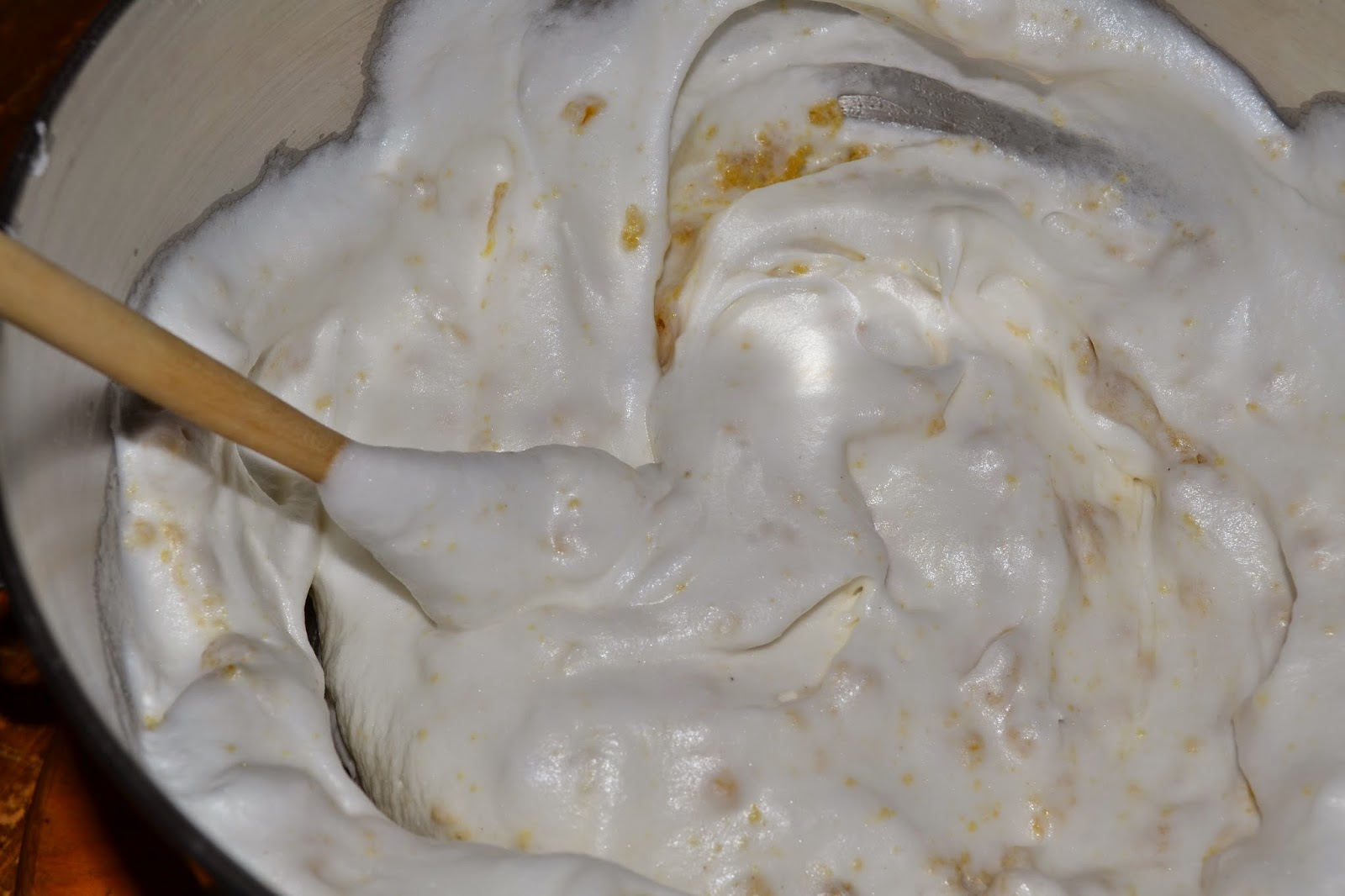 7. Add the whites into the remaining batter and mix together gently. The batter will be thick. 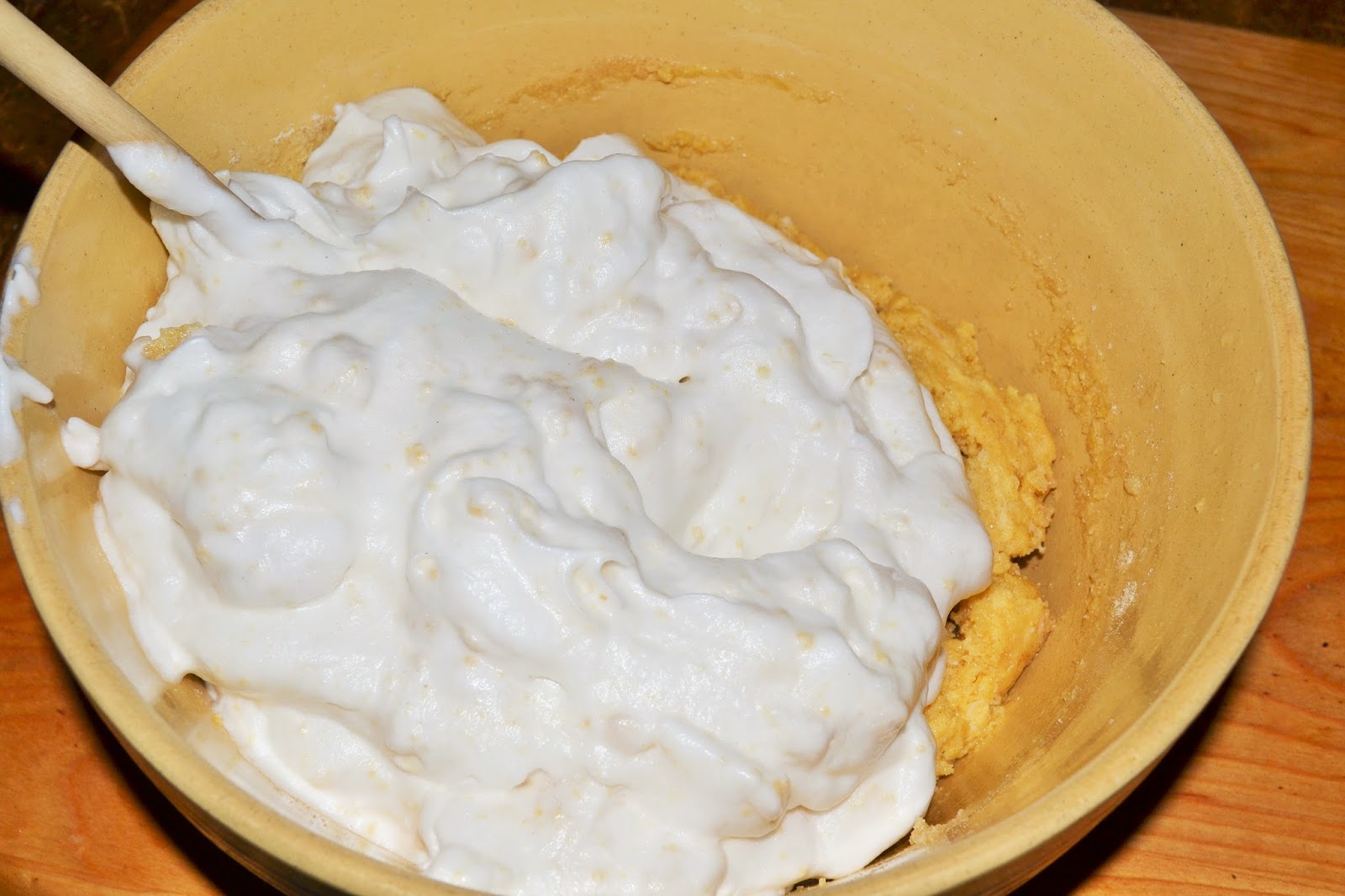 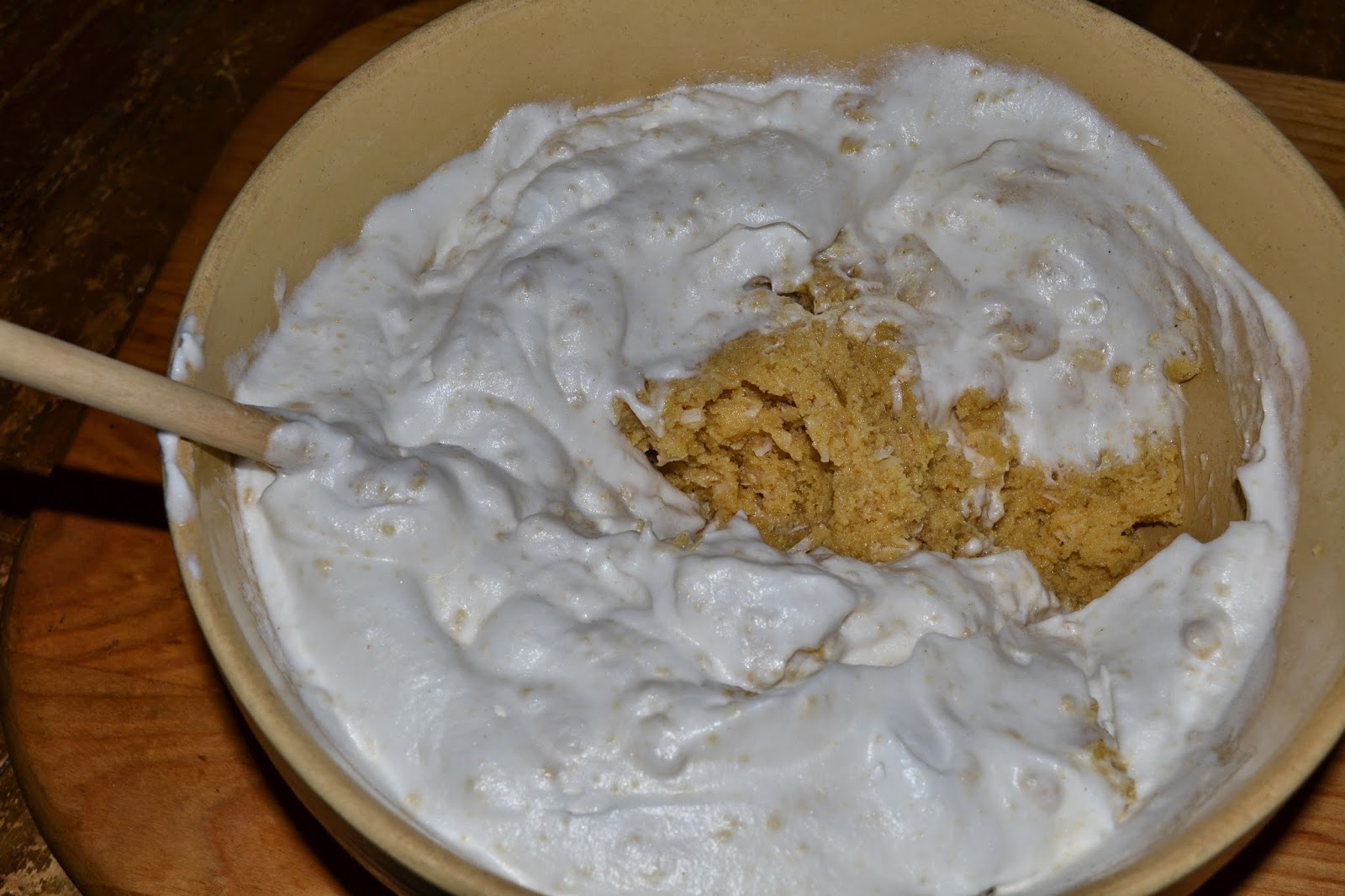 8. Scrape the batter into the prepared pan. Place the apricots on top of the cake and slightly press into the batter.  The raw batter will be very thick and springy, the fruit will not settle into the cake. 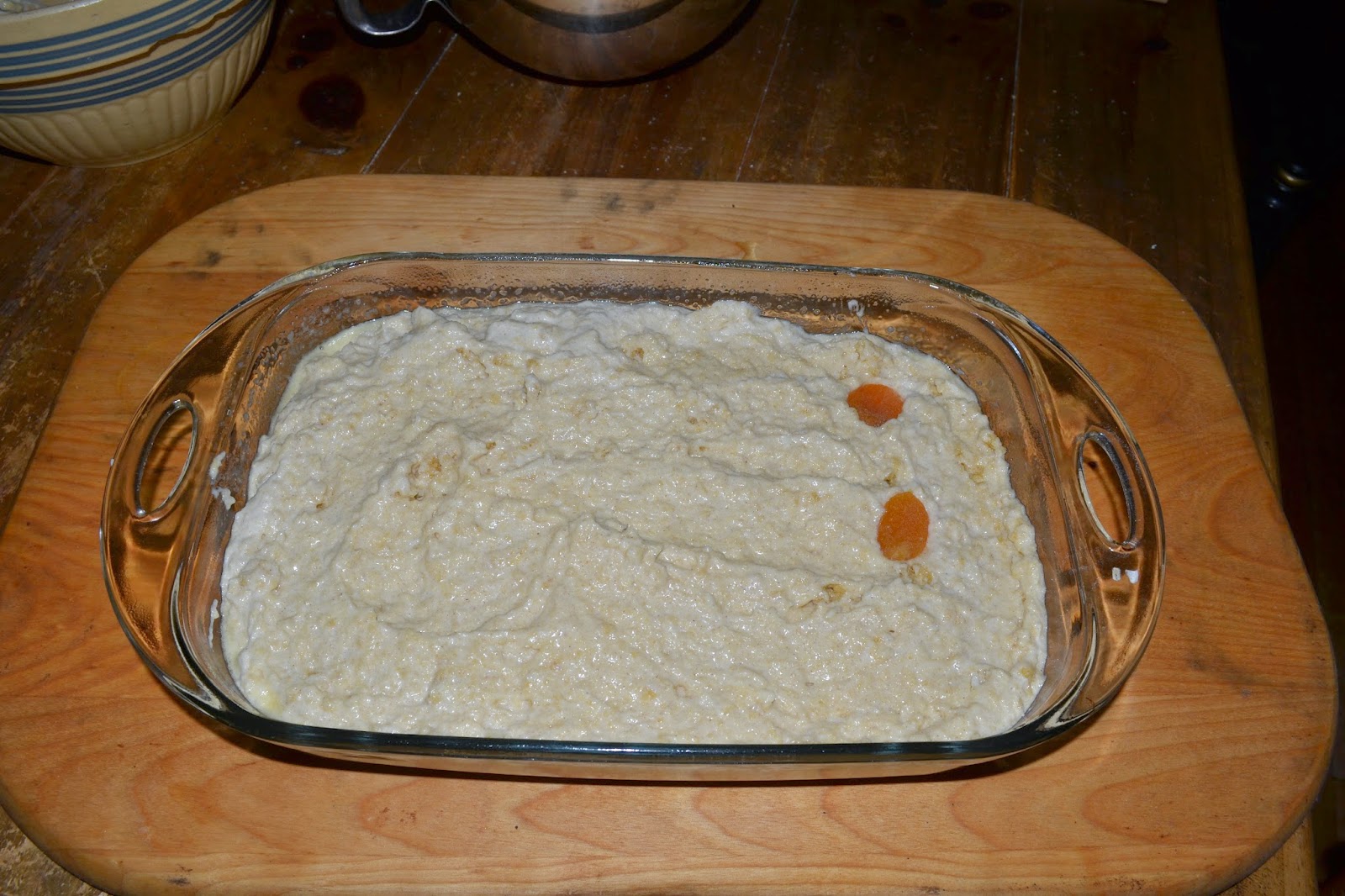 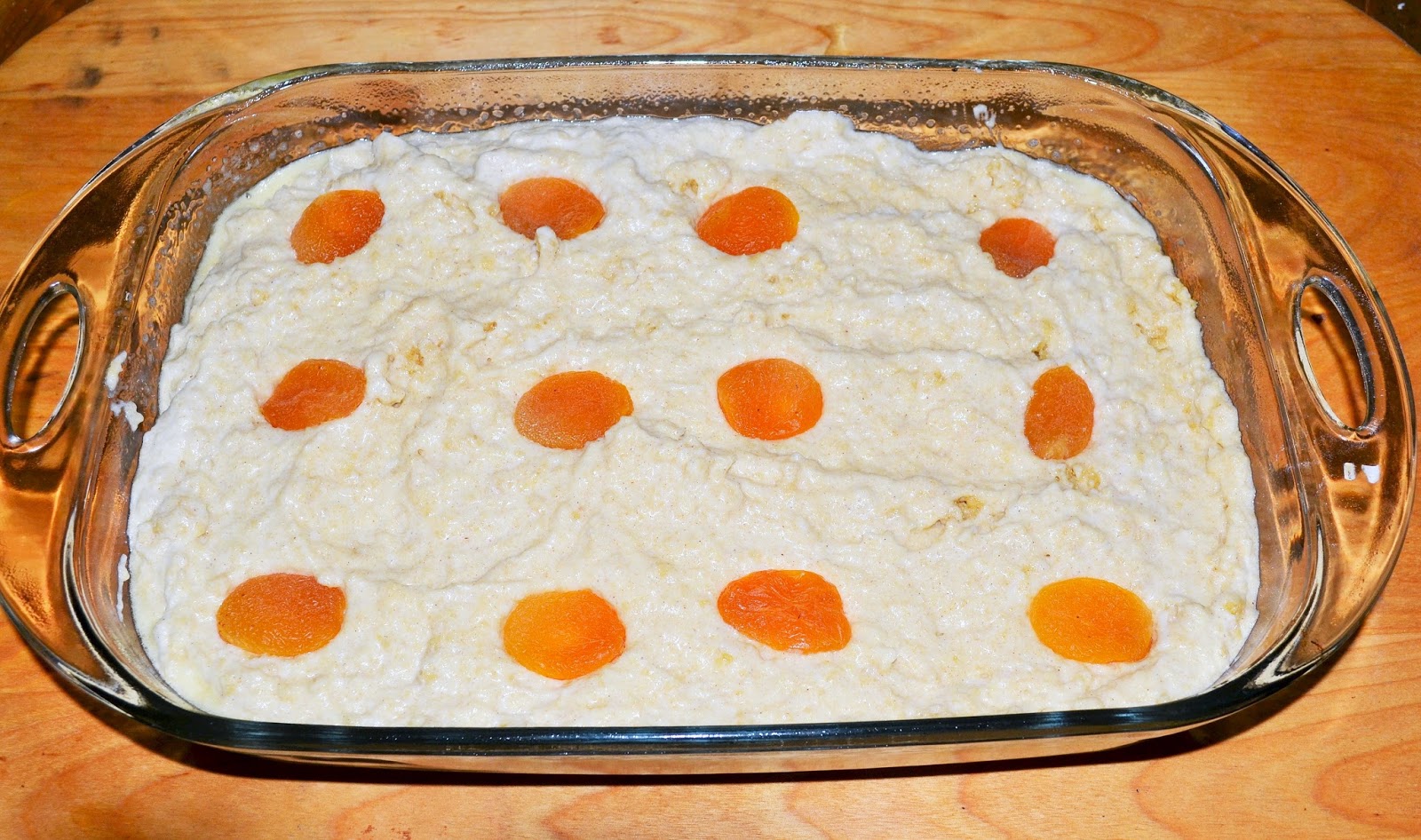 9. Slip the cake into the oven. Lower the temperature to 350 degrees. Bake for 35 minutes. The cake will turn golden along the edges. Test by slipping a cake tester, or toothpick into the cake, if not done, bake another few minutes. 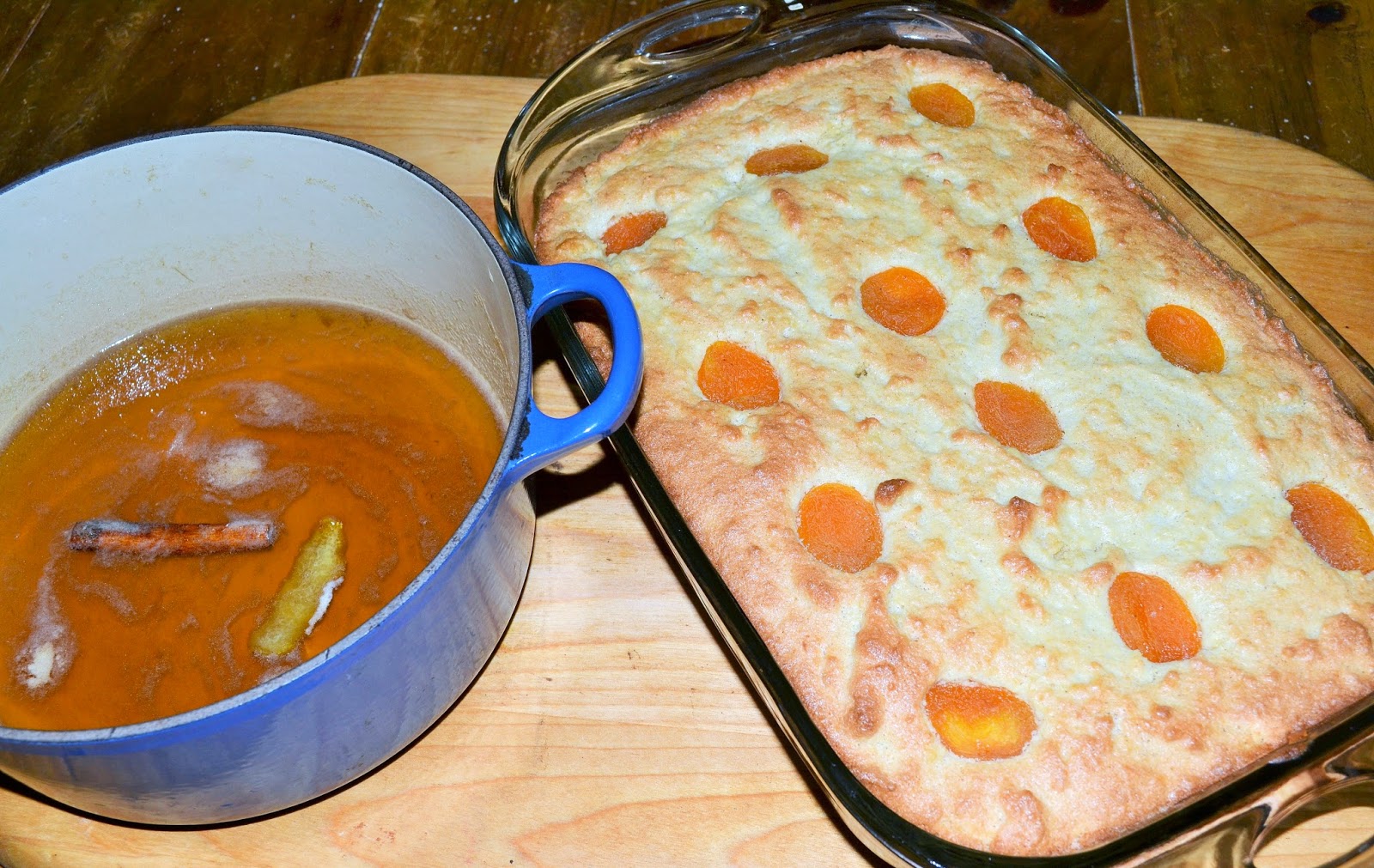 10. Score the cake into squares or diamonds.  The cut should go about halfway through the cake (don't pierce completely).  Pour the syrup evenly over the entire cake. Use all of the syrup. 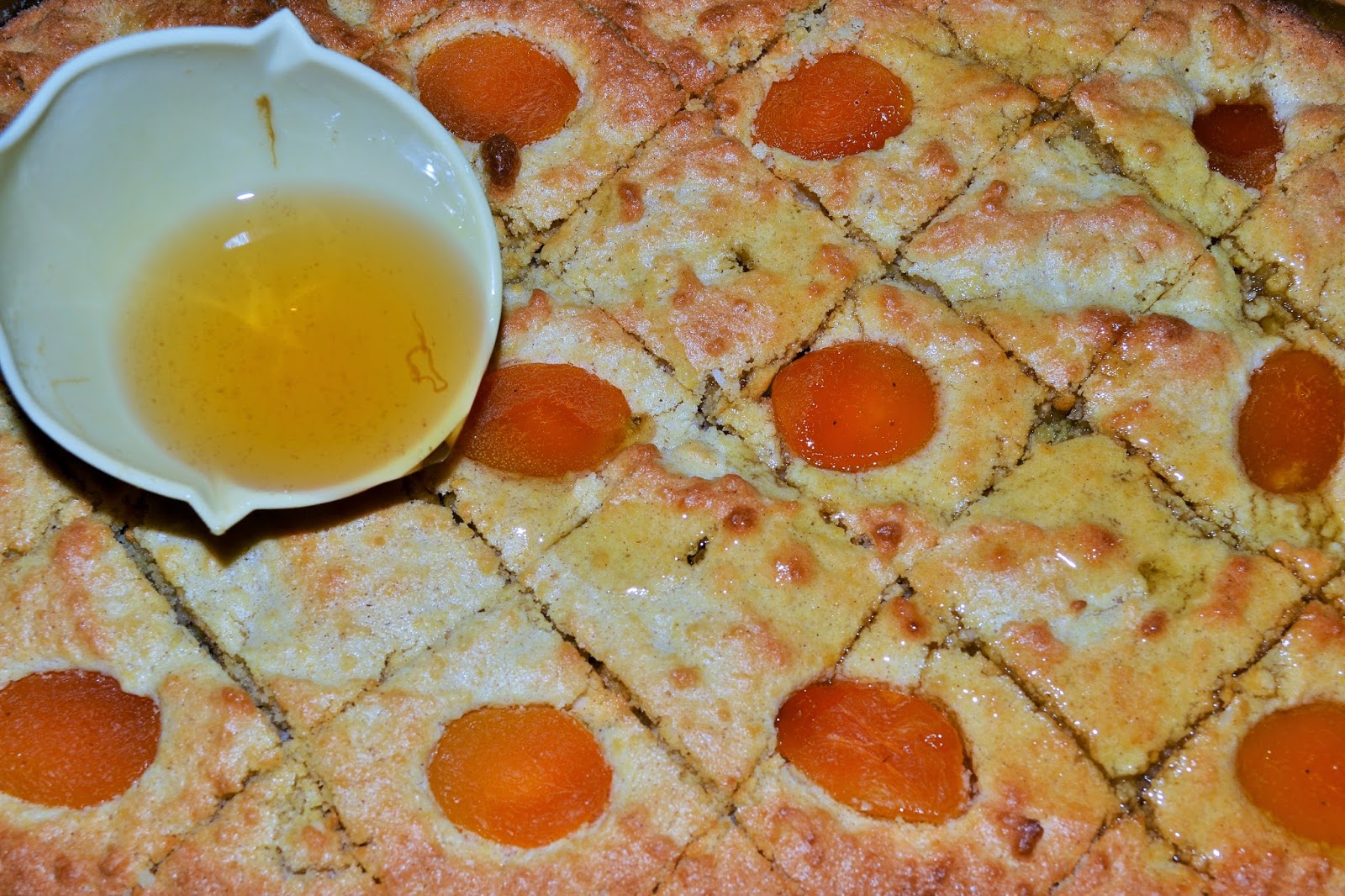 11. Cool the cake completely before serving in small pieces. In lieu of apricots, you can try dates, almonds, walnut pieces, or sprinkle the top of the cake with ground nuts before baking. 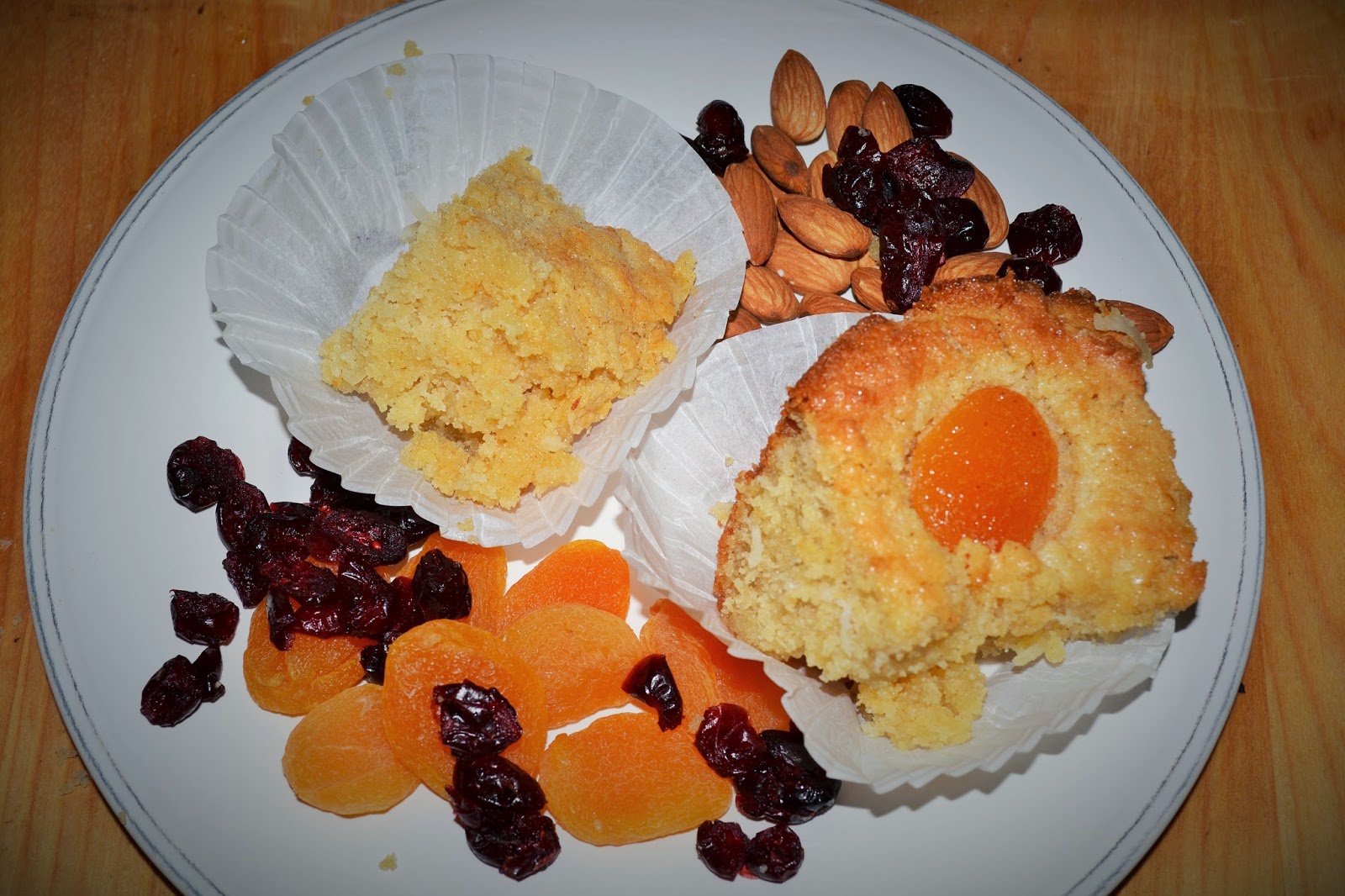