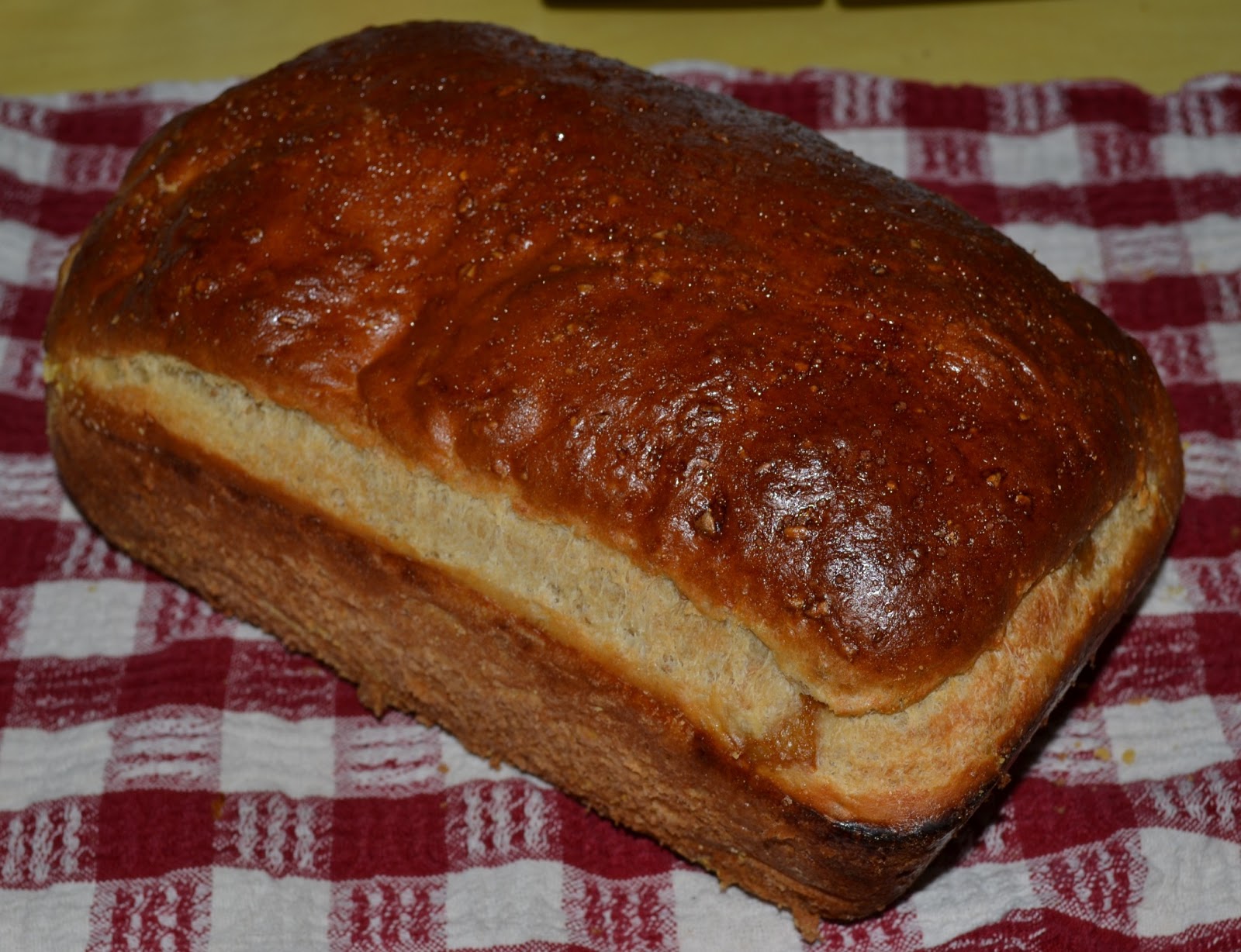 Eli, this bread is for you: it's a partial whole wheat bread that can be stuffed with practically anything. You can let your imagination go wild. This version is vegetarian, but I'll have a meat-fruit version uploaded in a separate posting.

A terrine is usually a stacked vegetable, pate or chopped meat combination that is pressed into a loaf shape and served by the slice.  A number of years ago Fred and I visited the Chicago Botanical Garden and sat through a fabulous cooking demonstration in the vegetable garden. The local celebrity chef demonstrated the ease in which we could whip up beautiful vegetable terrines. The process of making the terrine is interesting, but I'm more interested in working with yeast - and so this bread is a merging of the two techniques- a modified vegetable or meat/fruit or cheese/vegetable stack.

When I lived in Manila the "ladies" would often have social lunches in their homes; a typical dish served at the time was a sandwich terrine that involved slicing a loaf of bread vertically to make four or five layers and then to spread sandwich spreads to create a layered appearance. At the time pimento cheese spread was popular, as were cold cuts and roasted vegetables. The layers were reassembled and the entire bread was "iced" like a cake with whipped cream cheese. The slices looked beautiful, the more colorful the spreads the more attractive the slices.

This bread recipe, which is made with bread flour, whole wheat (I now use white whole wheat, available in supermarkets) and cracked wheat makes a lovely loaf of bread without any filling; however, it's substantial enough to support the layers of filling.

We talked about it in the office (I brought in the eggplant and pepper loaf) and decided that I should try mozzarella and sun dried tomatoes.

Choreography:
Make the dough, let it rise. I use the stand mixer, but you can make this by hand mixing/kneading.
Prep the fillings (the roasted vegetables can actually be made the day before or while the dough is rising the first time)
Divide the dough, roll out portions and assemble the bread
Allow to rise, apply an egg wash and bake

Roasting/baking the vegetables:
Peppers:
On a hot grill place 4 whole sweet peppers (color makes this bread more interesting, I used red and yellow peppers).  Grill the peppers, until soft and  blackened. After cooking, place the peppers in a small paper bag, and cool. This step will make the peppers easier to peel.  Peel the peppers when cool , pull off the stem, de-seed (you can wash off seeds under cold running water), slice in half length-wise.

Eggplant:
Peel and slice (about 1/2- 3/4 inch) 1 medium to large eggplant. Dip into a beaten egg, dip into bread crumbs (flavored or plain) and place on a foil lined baking sheet sprayed with spray oil.  After you line up the breaded slices, spray the top of the the slices with spray oil.  Bake at 350 until soft (about 20-30 minutes).  Cool on the cookie sheet.

Onions:
I didn't use onions, but plan to next time. Thick onion slices (2-3 onions), sauteed or grilled seem to me to be a good idea.

I make the bread in the kitchen-aide, but it can be mixed and made by hand.

Procedure for making the dough:
1. In a large bowl (or in the mixing bowl of the stand mixer) - dissolve the yeast, 1 tsp of sugar and water. Let stand and start to bubble (4-5 minutes). It will look like a bubbling mass, grayish in color.
2. Add the bread flour to the yeast, on slow speed mix so that the flour is hydrated. Let rest and proceed to preparing the cracked wheat.
3. In either a smaller bowl or a large glass measuring cup - mix the boiling water and cracked wheat. Let stand for about five minutes, it will start to cool.
4. To the cooking cracked wheat add: honey, salt and vegetable oil. Mix.
5. Add the cracked wheat mixture to the yeast/flour mixture and start to mix on low speed or mix well with a wooden spoon.
6. Add 10 oz of the white whole wheat flour to the bowl (you are adding almost all of the flour into the bowl. The dough will be sticky). Mix on medium speed for several minutes, you want everything to be hydrated, the dough will pull away from the side of the bowl, but will remain sticky and slightly lumpy (from the cracked wheat).  Cover and place in a warm place for an hour, it will double in bulk and look very puffy when the hour is up.

7. Stir down the dough (by hand) and turn out on a lightly floured board. Knead in enough of the remaining white whole wheat flour so that it is no longer sticky, but is still on the soft side and easy to work with. The baked bread is not expected to be crusty, so it's fine to use a glass loaf pan.
8. Divide the dough in half. Place one half in the bowl and re-cover.  Then take the half you are working with and divide into four equal pieces.

9. Shape one of the four pieces into an elongated oval, roll out in the shape of a rectangle that is slightly longer and wider than a large size loaf pan. Lay the rolled out dough in a greased (and dusted with cornmeal) loaf pan.

Tuck in the edges of the second layer so that it locks in the filling below.
You might find using a soft dough scraper will help press one layer of dough to the other.

13. Repeat with filling, 3rd layer of dough, filling and top with the 4th piece of dough. Make sure the edges are sealed, the bread will look "domed" because of the fillings that will thicken at the center of the assembled uncooked bread.

14. Repeat the entire process with the other half of the dough resting in the bowl.
15. Place in a warm, draft free place and allow to rise for about 45 minutes. The dough should rise above the edge of the pan.
16. About 15 minutes before the rising period is completed, preheat the oven to 365 degrees.
17. Gently wash the top of the breads with egg white. The baked bread will have a very shiny glaze.
18. Bake in a pre-heated oven for 30- 35 minutes. Finished bread will look golden and shiny. You can check the internal temperature - the thermometer will read between 185 and 190 degrees.
19. Cool before slicing. Serve alone , with a salad, sliced cheese or warm tomato sauce for dipping.

The vegetables make the inside of the bread moist - store the bread in the fridge to avoid spoilage.